Although nobody doubts a Karist Trooper’s battlefield effectiveness, a Tempest Elite is a far more intimidating sight. Veterans of many campaigns of enlightenment, entrusted with the Enclave’s heaviest man-portable weaponry and advanced armoured suits, each one is a genuine hero of the Karist cause, capable of single-handedly devastating the enemy with staggering levels of firepower from their Ravager Pulse Cannons and Coriolis Energy Launchers. Here, we have a play with the models for these formiddable warriors. 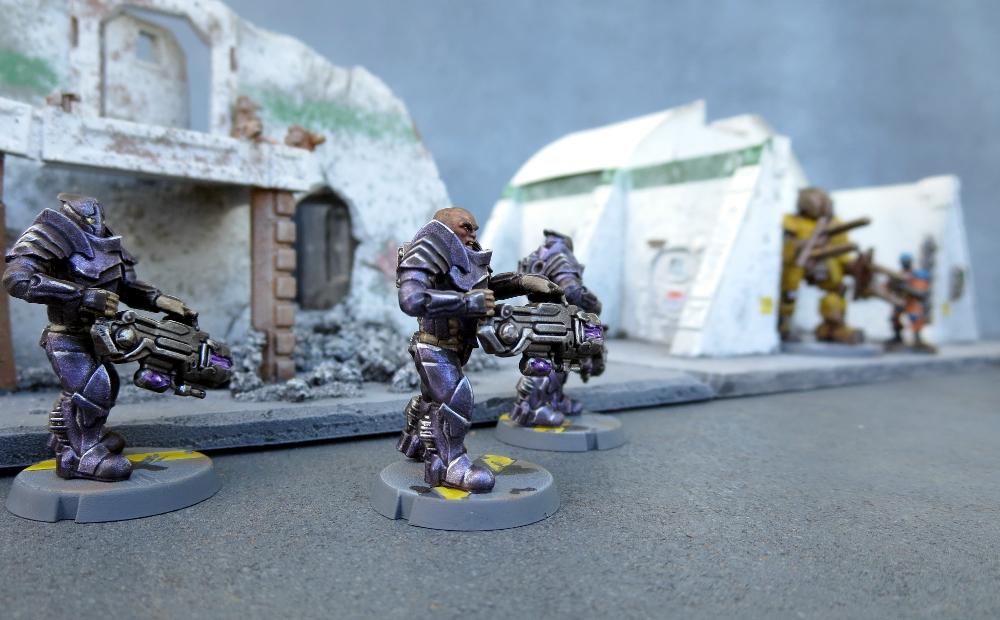 One of the first units designed for Maelstrom's Edge, Tempest Elites are a multi-part plastic kit, with each sprue building two troopers armed with either pulse cannon or energy launcher. 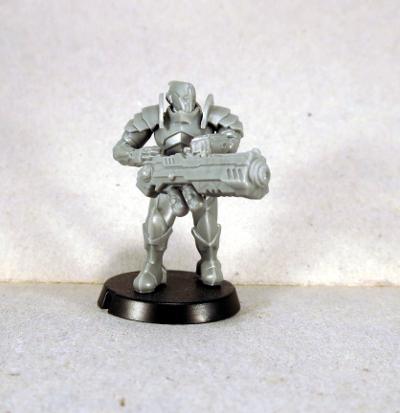 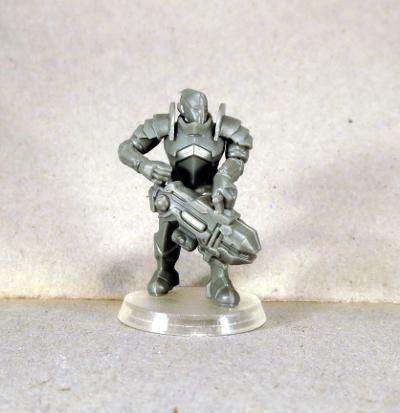 The energy launcher doubles for both the Corialis Energy Launcher and the rather more deadly Hellstorm Energy Mortar, with the difference being down to the way the Cybel charge is fired. 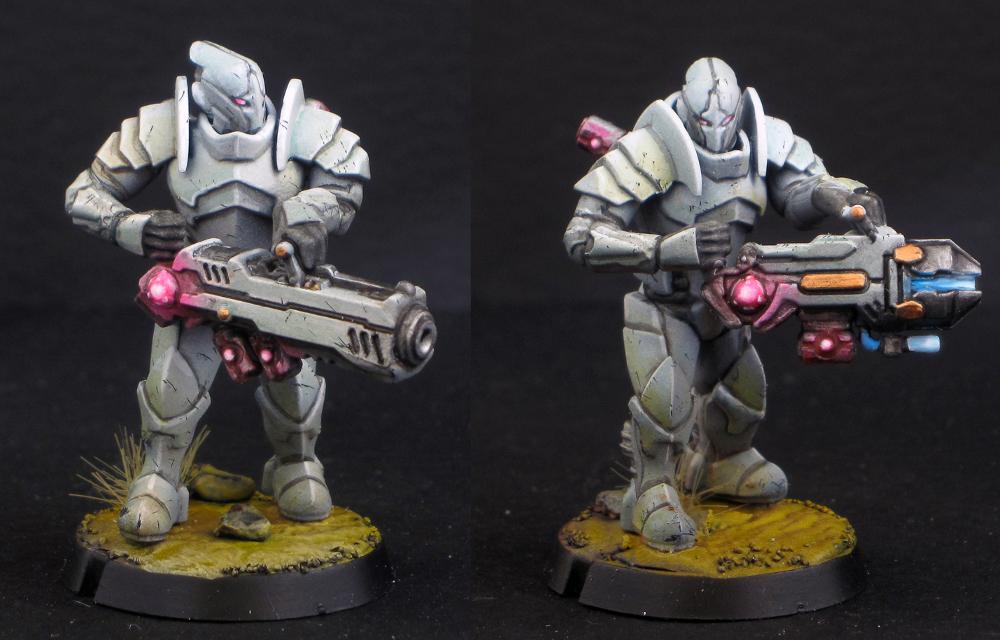 The two models on the sprue have different leg poses and arm positions, and thanks to the versatility of plastic, can be easily modified if you want to alter poses or equipment.

For a break from the standard weapon grip, this model was altered using regular Karist Trooper arms to carry the weapon over the shoulder: 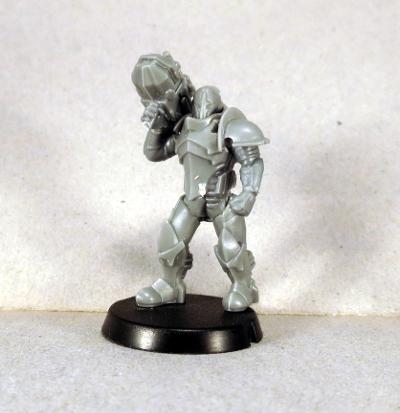 To fit onto the shoulder pad, the Tempest's hands were sliced off the weapon and a hollow cut into the back left of the weapons' frame. The trigger hand was attached onto the Trooper forearm, with the wrist trimmed at an angle so the top of the hand would sit flush against the bottom of the weapon. 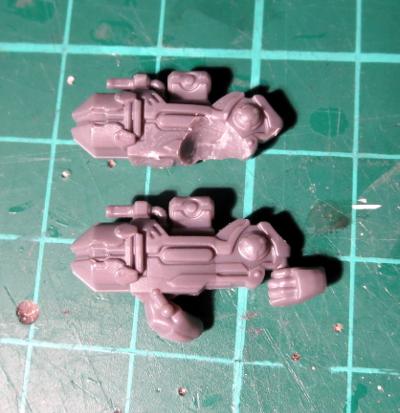 The same process works for the pulse cannon. 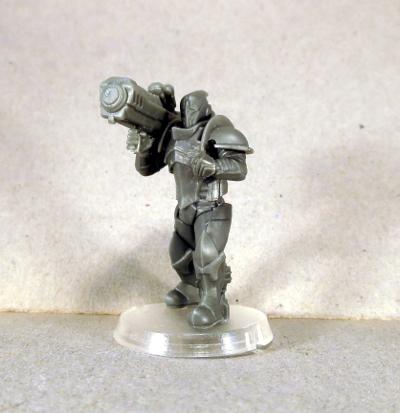 For something a little more off-the-beaten-track, this Tetrarch was equipped with a Cybel Glaive from the Faction Expansion Sprue. This isn't an option allowed by the rules, but looks so very pretty! 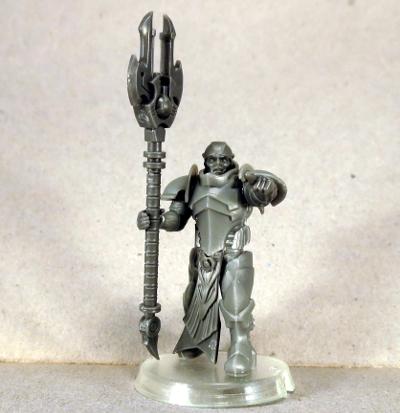 The head and loincloth were taken from the Kaddar Nova sprue (which comes with extras, just perfect for this sort of converting!) and the pointing arm also comes from the Faction Expansion Sprue.

And for those situations where having a great, big gun isn't quite enough, why not have two? 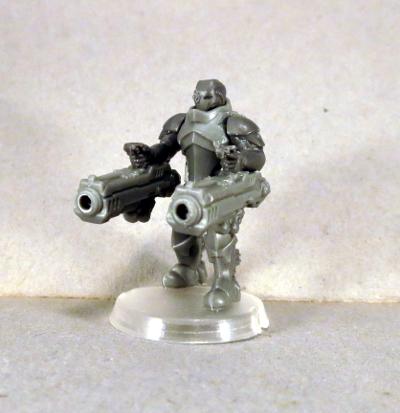 Assembled using arms liberated from the Epirian Handler sprue, and a head from the Shadow Walker sprue.

He probably won't spend a lot of time on the table... but it had to be done. 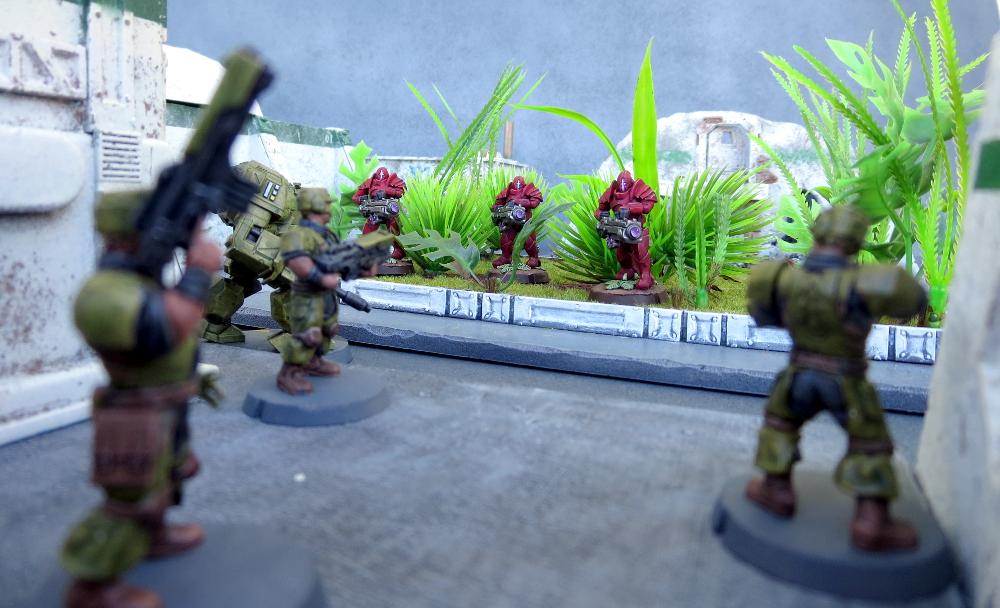 Tempest Elites are a veritable storm of nastiness on the table, and are the backbone of many a Karist force. If you're feeling the lure of heavy firepower, you can pick up the Tempest Elite sprue from the Maelstrom's Edge online store, and as always feel free to share your creations on the Comm Guild Facebook page!

You're viewing a weblog entry titled Spotlight: Karist Tempest Elites. If you like this entry you might want to: