To play a game of Maelstrom's Edge, each player needs to select a force from one of the game's factions. The size of the force depends on the points limit selected for the game, and can vary between factions. A Remnant fire team, for example, might contain as few as five or six specialised battlesuits, facing off against a Broken horde of between 40 and 60 models. Let's take a brief look at what is involved in setting up a force. 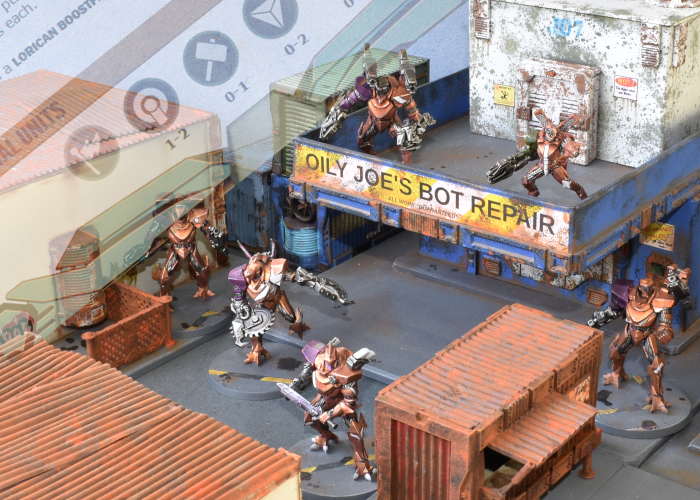 Each unit available to a force has a Unit card, which includes the unit's composition, equipment and special rules. These cards also contain all the information you need to select your force for a game, like the unit's points cost and unit type. 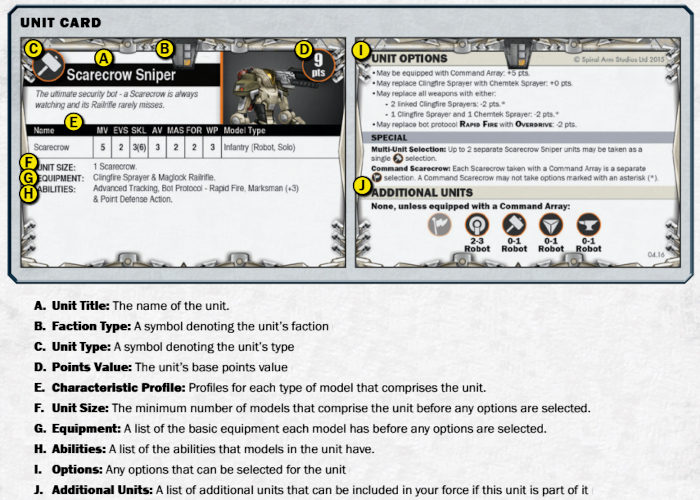 Games are typically played using a points limit that is agreed upon between both sides before forces are selected. You are always free to field a force whose point total is less than or equal to the agreed upon limit, but never one that exceeds it, not even by a single point! If you’re unsure about what points limit to use for your games, the following guidelines can help you decide. However, you should also feel free to experiment playing games with both higher or lower points limits than those suggested:

120 Points: This is a good limit if playing a game just using the contents of a single Battle for Zycanthus box set. This size game will typically last around 90 minutes to 2 hours once both players are familiar with the rules.

150 Points: This is the suggested points limit for Maelstrom’s Edge games to provide players with ample decisions when selecting their forces, while not taking too long to complete. This size game will typically last around 2-3 hours once both players are familiar with the rules.

Any units included in a force must be noted on a force roster, detailing the point total of each unit chosen and including any options selected for that unit. 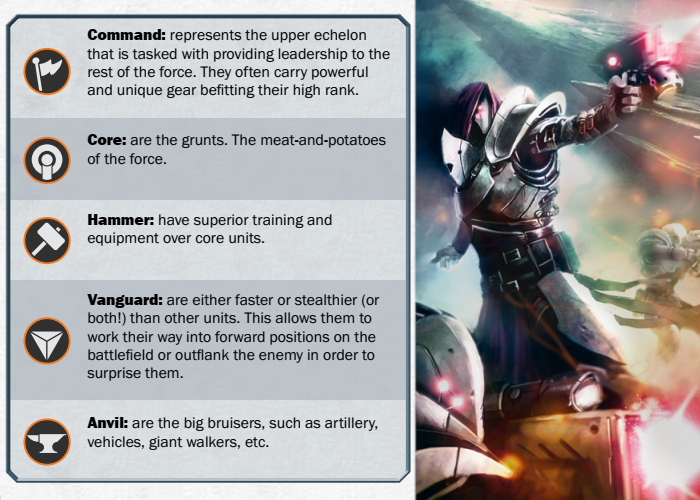 Your force is selected as one or more detachments, led by a Command model. Some units types are optional while others are mandatory, with a minimum number of those units you must select. For example, most commanders require you to take at least one Core unit selection in your force, while also allowing you the choice of a number of Vanguard, Hammer or Anvil units. Once you have satisfied any mandatory unit requirements, you can select other units up to the maximum allowed by that commander (or to the points limit for the game) or take another commander for a new detachment, following the same selection process. 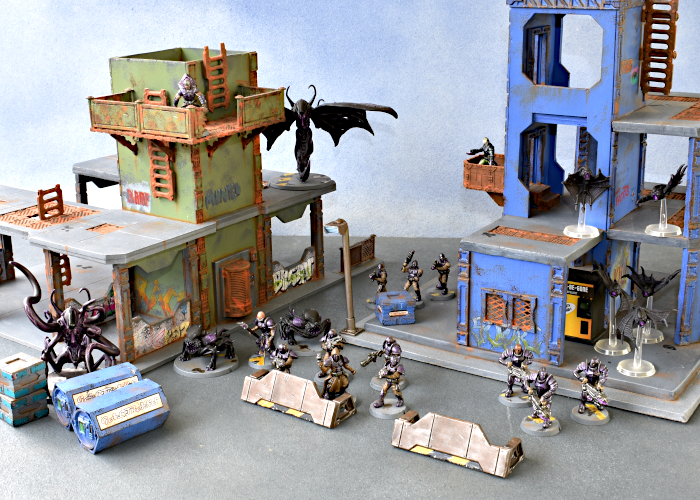 
To get you started, we've created some sample rosters for different forces, which can be found on the website here!

Get your force together by grabbing the Battle for Zycanthus starter set, or any of the rest of the Maelstrom's Edge range, from the webstore here! Free shipping applies to qualifying orders - check your cart for details.

If you have any questions on force selection, or any other aspect of Maelstrom's Edge gameplay, feel free to pop in to the Comm Guild Facebook group here.
Find the Maelstrom's Edge rules and the full range of models at www.maelstromsedge.com

You're viewing a weblog entry titled Game Primer: Assembling a Force. If you like this entry you might want to: